Imagine you have a chest full to the brim with gold and jewels… and then brave heroes come invade your dungeon and want to steal it?! Not today! Send your monsters and set up traps to drive out the would-be raiders!
Your dungeon is constantly being sought out by knights, mages and other motley heroes after your hoard of treasure. But clever as you are, you aren’t leaving it unprotected. Hordes of monsters and minions set up in your corridors serve as a first line of defense to stop the plunderers. As in other tower defense games, it’s up to you to come up with clever battle plans to protect your treasure in Idle Dungeon Heroes. It pays to know your monsters’ strengths!
Monsters have varying health – some can deal heavy damage while others hit like wet noodles, some can hit a wizard’s hat from halfway across the dungeon while others only pose a threat to the knight in their face. Special effects round off their abilities:
If all that isn’t enough to turn the tide of battle, set up traps to send those upstart heroes running. These can also slow or damage the marauders. Bolster your defense with an assortment of spells. Nothing says “Scram!” like a fireball to the face! 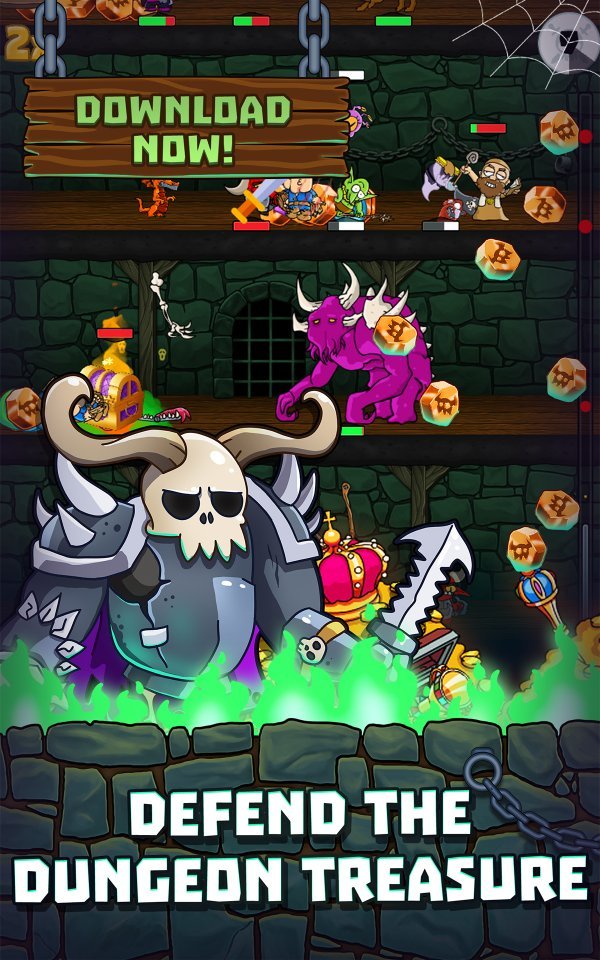 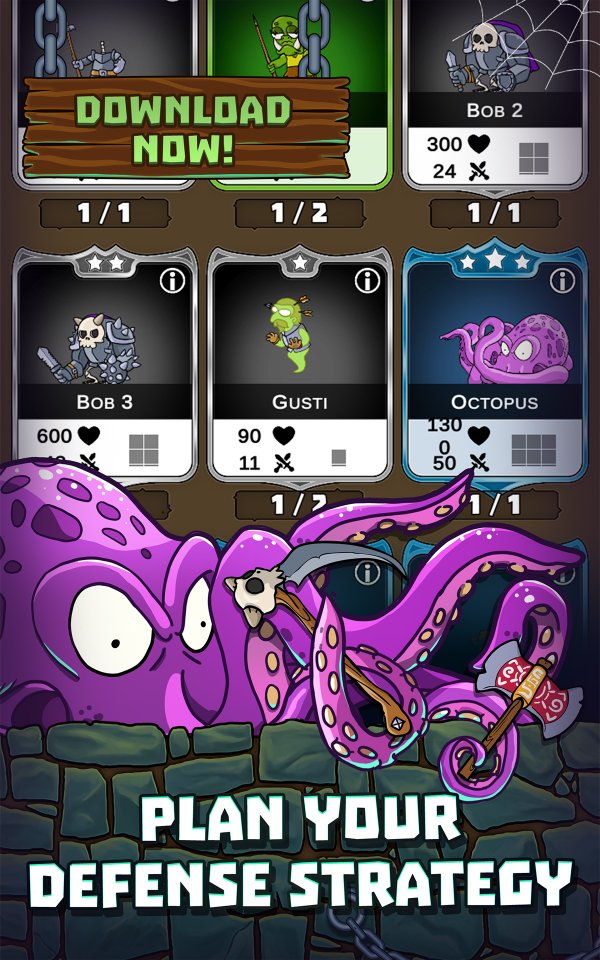 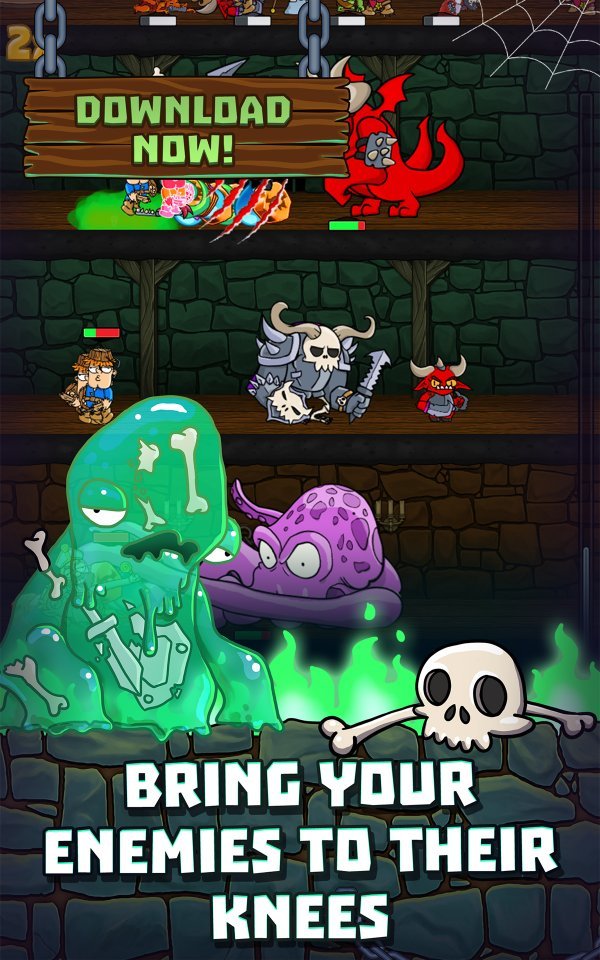